Dior Construction has been in business since 2010, serving Franklin Lakes, NJ and surrounding communities to deliver top-notch roofing, siding, and gutter products and services for residential and commercial properties. 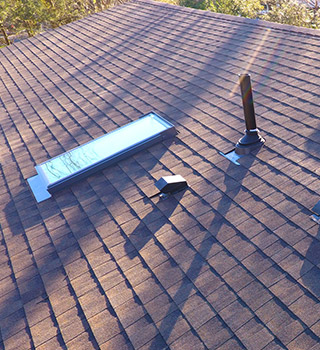 Our Products and Services

We believe in educating our customers so you can make an informed choice. This is why Dior Construction takes the time during your initial to help you get a grasp of the available options and what is the best solution for you. But whether you’re looking for repairs or replacement, you’ll only be provided with products from some of the most trusted names in the roofing, siding, and gutter industries, such as GAF, Mule-Hide, Velux, Carlisle, James Hardie, and Ply-Gem.

The Dior Construction Difference: Quality You Can Afford

Property owners have always desired for quality at affordable prices. However, they don’t always get what they want because a lot of contractors only offer one or the other. With Dior Construction, you don’t have to compromise because we make it possible for our customers to enjoy both! Whether you need a roof replacement or want to upgrade your siding or gutter system, you can trust that we’ll provide you with quality workmanship that won’t have you breaking the bank.

In the years that we have been in business, Dior Construction always put our customers first. Our goal is to address the needs of residential and commercial property owners by offering top-notch products and quality workmanship complemented by the highest level of customer service around.

Put your trust on our work & service. Call us today!

We’re trusted by some of the biggest names in the roofing, siding, and gutter industries so you are assured that you can too! To learn more about our products and services, just give us a call at (201) 472-5462 or leave us a message via our Contact Page and we’ll get back to you right away.

Hard working, professional, and quality work! The team was in and out in one day.
I highly recommend Dior and his team!… [more]

Dior and his company were top notch to work with! Not only did they have all the measurements of the roof and everything prepared before I even met them for an estimate, but their customer relations was also outstanding.

I was given a great price, the best warranties, and the best quality materials and installation. I actually got a few other estimates, and not only were their prices higher, but they also gave inferior products compared to Dior.

On the day of installation, everybody showed up early and got right to work. At the end of the day I had a beautiful new roof and everything looks amazing. Hudson (project manager) called me and filled throughout the day of the progress and was a pleasure to work with as well.

If you are in need of a roof or gutters, I recommend this company very much!… [more]

I hired Dior construction to put a new roof on my house and replace my gutters and I can’t say enough good things about my experience. As a first-time homeowner, in a market over-saturated with contractors, I’ve been overly cautious about who I hire to do any work on my home. Dior put me at ease from the beginning. The entire process was laid out in detail and all my questions were expertly answered. Dior gave attention to every detail and left me with a folder of information highlighting the materials he uses, specifics about his company and even copies of the license. Some of the process was digital including contracts and project updates which gave me real-time progress of what was happening. Despite being digitally connected, Dior was also very responsive and made sure to return my phone calls promptly. I knew I made the right decision in hiring them when the project manager called the night before to introduce himself and ask me if I had any questions or concerns. Its small details like this that make you feel like you are in good hands. The crew showed up on time and got right to work. They were all safety conscious and made sure the property was clear of obstructions and were tethered when on the roof. The new roof went on quickly and efficiently. They even took care with replacing our weathervane. For a project like this that involves thousands of nails, and even with using giant tarps to contain debris, the project manager patrolled the entire property for any errant nails that might have been missed. No one left the worksite until everything was clean and replaced and I was satisfied with the job. In a time where the building trades do not get the respect they deserve, Dior Construction breaks the stereotypes that contractors are rude, lazy, or money hungry. He runs a company that is based on hard work, trust, and openness which is apparent when dealing with them. They take pride in the work they do and put the customer first.… [more]

We are very happy with our new roof, gutters plus the skylights. Dior and his crew were very courteous and professional. My mom reached out to 4 contractors who either gave us an outrageous quote and others that showed up late. My parents gave me a job to find a roofing contractor, the 2nd thing that shows up in Google is Dior Construction, plus he had so many great reviews. Dior responded to my call very quickly and came out within days to meet me and my mother. The day Dior came to look at the house, he started to explain all the procedures that his crew was going to work on. Since this is our first time buying a house. The previous owner didn’t replace the roof and the bathroom upstairs was leaking, whenever it would rain badly. There would be water all over my floor every time it would rain. It made me and my family worried every time it rained. Some days it will rain, but there will be no leaking. Due to the leaking on the bathroom upstair, Dior pushed up a month early than the due date. On the day of the job, they came around 6:50 am. The only thing that I had to do was take out the cars so the dumpster could be placed inside the garage. The crew were very friendly and well organized. Not only did they replace and fix the roof at 2 pm, like two hours later, the gutters were also repaired. After the roof was done, the entire crew made sure there was no garbage outside or inside. My family and I are extremely satisfied with the work Dior Construction has done for us.
-Haledon, NJ… [more]

Thanks to Dior Constuction, our house has a beautiful new roof and new gutters. The crew was very professional and my yard looked cleaner then it did before they came. The 50-year warranty is great.… [more]

Dior and his crew did an AMAZING job on our shore house’s roof! Dior (the owner) was very caring about our needs and what we wanted. Everyone was detail-oriented and clean. I’d recommend this business to anyone.… [more]

First, let me start off by saying how professional, thorough and reasonably priced Dior was! We had an incredibly old 3x over wood shingled roof. Original to the house and last updated in 1985!!! We needed help. Luckily, we hadn’t experienced any major leaks but it was about time our roof was replaced. I reached out to 3 other contractors who either never showed up for the estimate, gave me an outrageous quote without even seeing the place, or never responded. Dior responded very quickly and came out within days to meet me and look at the house. He walked us through all of the different options and explained why they would work best for us. In addition to being knowledgeable about his business he even knew what to expect from our roof. He asked to look in the attic to confirm the type of roofing that we had to make sure he gave us an accurate quote. This was in December! He promised the roof would be done before Christmas and made sure all the details were worked out. We had our roof torn down and replaced in one day. I came home from work and the job was done. Clean up – done! The experience was great and painless. Thank you Dior!… [more]

We hired Dior Construction to replace our old leaking roof, skylight and gutters. I was suprised with how fast Dior, the owner, responded to my email, set up an evaluation/meeting and establishing a start date (1 week). In fact, the job was pushed up earlier by 2 days. During our meeting, he evaluated the roof, checked the air flow in the attic, thoroughly went through the job to be done, the GAF products to be used, the GAF Gold warranty (25 years for workmanship and 50 years for product), financing options, clean up and what I needed to do which was absolutely minimal. He and his foreman were open to answering any questions as they wanted me to be well informed. For my 2700 sq. ft. roof, Dior pledged to complete the roof in 1 day with the gutters to follow the day after. On the day of the job, they started at 7am on the dot as promised. His crew worked so efficiently despite having to add on extra plywood. 5-6 were on the roof while 1-2 were constantly cleaning up. I watched them work as they applied the products and completed every step as discussed. The plywood was an added expense but Dior and I wanted the job to be done correctly (heck this is my home). After the roof was done the entire crew made sure there was no garbage and more importantly, nails left over. They were out of the property before 5pm. The next business day, a crew of 2 installed my seamless gutters and Leaftech covers. They too did a wonderful job. My wife and I never really appreciated the importance and beauty of the roof. We were extremely satisfied with the work Dior Construction has done for us. Unlike many contractors, Dior runs his operation with honor, integrity and focuses on customer satisfaction. He was always making sure that I was happy with everything. I am. Now I’m just waiting for the rain and snow to come…… [more]

I was very impressed with the professionalism and how well the job was handled. I also liked the fact that safety was a big concern, and I noticed how each crew member had set tasks and responsibilities. Dior is very knowledgeable and experience, but is also progressive and seems to explore new tools, software, and technology as they too progress.… [more]

After a surprise roof leak, I got right into googling reputable roofers in the area. I came across many names but Diors reviews were better than any of the others. Gave him a call, he was at the house in two days, took a thorough look inside and outside and gave us all the information (he really knows his stuff), he then gave us an estimate that was so competitive that I didn’t even bother talking to anyone else, two days after that, my roof was done and it looks incredible! The guys finished the job in a day, and cleaned up so it looked like they were never even there. These guys know what they’re doing and I highly recommend them. Thanks Dior!… [more] 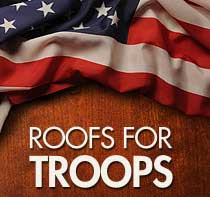